It’s been a year (actually a bit more) since we arrived in California and it has been an amazing one! First, on the professional side, I joined Google Photos which we launched at Google IO last year. It’s not every day you launch a new product at Google and it was an amazing experience. The reaction is beyond what I was expecting. People love the product and how magical our search is. I’ve worked on a lot of projects and this one is obviously the most impactful project I have ever worked on. I specifically work on photos.google.com and if you’re doing web development, I hope you’ll appreciate the speed and attention to details of Photos. In my opinion, there’s not much popular web applications that are at this level (but I’m completely biased of course). As for working in Google main campus, well yes, the traffic in the area is bad but I’m able to avoid it most of the time. Plus, the campus is awesome, the facilities are just incredible and it makes working here even better.

On the personal side, settling in was not as hard as we were expecting, Google helped a lot for the transfer and we had not much trouble getting our driver's license, bank accounts and stuff. We’re now renting a nice house in Santa Clara and we really enjoy the wonderful weather. Our quality of life has greatly improved since we’re here and yes, we do a lot of barbecue now :) We’ve already traveled a lot, from Los Angeles to Tahoe, from Quebec to Cancún. We also had friends and family come. But the best is that we can enjoy a nice weekend in the Bay, going to the beach in Santa Cruz just for the afternoon or go for a hike in the forest full of redwoods. The connection to the outdoor is this one last thing that put the cherry on the cake. 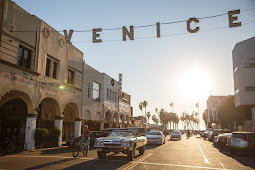 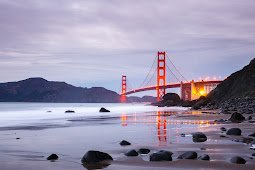 On the photography side, well, I joined Google Photos, I could not have found a better project to work on that one that connects directly to one of my passion (the other one being my work). I’m taking a lot of pictures but wasn’t posting much so I’ve decided to force myself to post a picture every day for 2016. We’re 4 months in and I really doubt I will make it but, heh, I’m trying. You can check out this page or just my Instagram feed if you want to follow along. I think my skills are improving but I still have a long way to go. I’m also starting to look into doing timelapse and I’m lurking on some of those drones which do amazing aerial pictures.

And that’s it after a year. I’m kind of giving up on the idea of updating this blog frequently. I’m too busy (or so I convince myself that I am) and I don’t have interesting things to say. Well, maybe I’m just too lazy to write.

I look forward to the following years, whether it’s personal or professional, I’m sure it’s going to be as exciting as this first year was!